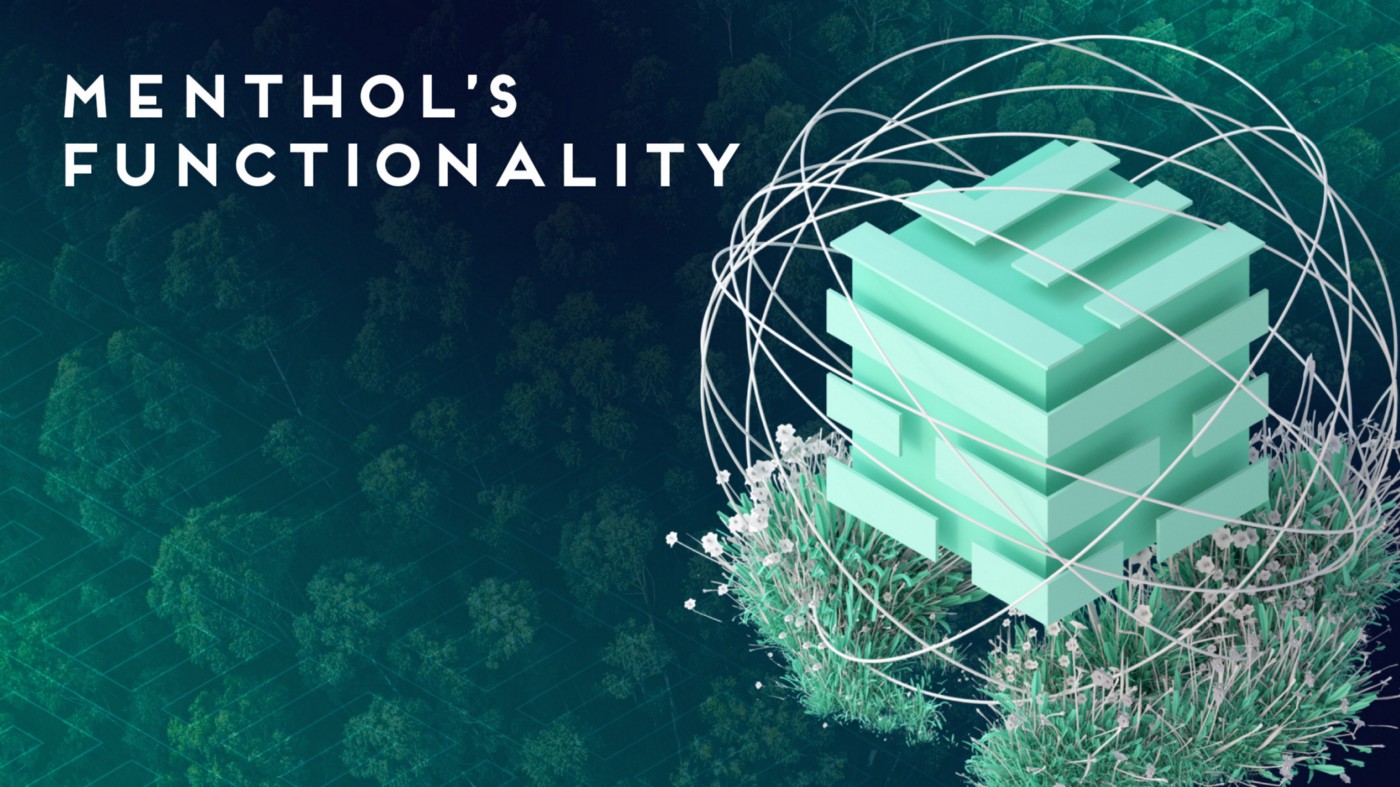 Starting to enlighten Menhtol’s product vision and followed by a brief localization of the primary use case, we will cover the initial setup process from a user’s perspective and then look deeper into some core functionalities. Menthol can’t wait to fine-tune its climate-positivity-as-a-service approach in the web3 and roll it out to the non-web3 world!

Besides automating regeneration as a central value proposition, Menthol enchants the world with climate transparency and climate actionability… just a few clicks away.
Starting with the web3 world in the first step and enchanting the non-web3 world in the second one, Menthol will make any individual and organization (including L1s, L2s, dApps, and user wallets) searchable. They will be visualized on a leaderboard with their on-chain carbon footprint.
Seekers of transparency can categorize along networks such as Ethereum and Binance Smart Chain as well as along different web3 projects such as NFT projects, web3 gaming projects, or metaverses. Together we can celebrate the leaders of Menthol’s CoolLeaderboard in their respective fields, showing the most climate-positive projects on the top of the list!

Of course, there could be fun but harmless shaming of the most minor climate-friendly projects; Menthol will empower them to move up the CoolLeaderboard with just a few clicks and put their regeneration goals on auto-pilot!

Transactions are the linchpin of any blockchain. Whether it’s Bitcoin, Ethereum, or Doge, each chain ends up being nothing more than a decentralized ledger constantly receiving new entries. Transactions are entries that, in addition to underlying programmatic specifications, primarily require electrical energy in order to be executed.

The amount of energy that has to be expended varies greatly from blockchain to blockchain. The most signiﬁcant diﬀerence is whether the chain performs its validations through PoW (Proof-of-Work) or PoS (Proof-of-Stake), whereby PoW requires far more energy than PoS.

Completely detached from the advantages and disadvantages of the diﬀerent consensus mechanisms, energy is consumed in any case. Even if the trend of new blockchains has been strongly tangential to PoS for quite some time, the sum of billions of times “less” energy required per transaction still needs ”a lot” of energy!

That’s why we at Menthol Protocol have turned in our first use case, “the decarbonization of the web3”, to the most important of all use-cases, the transactions themselves!

— > We have developed a system that makes every transaction carbon-neutral and better! Let us jointly enter the era of a climate-positive web3, cooling the world one transaction at a time.

It can be a single transaction from wallet to wallet, or it can be whole SmartContracts and the sum of all transactions executed by it. We can even serve entire networks and thus make all transactions performed on this network climate-positive!

Setting up Menthol Protocol requires no coding experience and can be done in minutes. Three simple steps and you’re ready to go:

In step one, the user connects their wallet (or smart contract) to our protocol. Now our system knows which transaction source to monitor to calculate the carbon footprint adequately.

In step two, the user decides on his own climate target. It starts at 100%, making every transaction carbon-neutral and sustainable.

Since our goal at Menthol Protocol is to enable a regenerative system, there is no upper limit for this value! Thus, if a user decides to enter 200%, this would result in each of their transactions purchasing twice the value of carbon credits than it ultimately consumed.

For us, this is the start of a positive blockchain future! Because even if we could establish only 105% as an industry standard, this would lead to a regenerative revolution, manifesting itself transaction by transaction.

As a third and final step, the user must provide the protocol with a freely selectable amount of liquidity, from which the offsetting of his transactions is made. The amount set aside here will be staked within the so-called CoolPool so that these financial resources yield a certain profit and do not lie dormant.

CoolPools are basically Menthol User Accounts and will be displayed on Menthol’s CoolLeaderboard according to the respective carbon footprint.

Once these three settings are complete, Menthol Protocol can begin its work and offset every future transaction according to the user’s individual settings.

After calculating and recording the carbon footprint of the current transaction, it automatically purchases carbon credits according to the factor specified by the user. In doing so, the protocol uses the CooList, on which handpicked tokenized green assets and ramps are listed.

Having given you an overview of the main functionalities of Menthol’s protocol, we will now look deeper into some of our core elements. These are:

A CoolPool is defined on Menthol’s smart contract and holds data like its name, the sustainability target of the pool, and all accounts covered by it. As long as the conditions set by the user are met, CoolPools will then release funds to pay for the purchase of tokenized carbon credits or renewable energy credits.

In addition, users can participate in crowd-funded pools that already exist (e.g., on the CoolLeaderboard) to support an entire dApp network in going green.

Besides the explained core settings of a CoolPool, the following different types of pools exist:

First of all, each CoolPool can be either immutable or flexible.

Immutable CoolPool settings are permanent and cannot be changed by the creator or the DAO. This ensures that contributors’ funds are used properly, making immutable CoolPools a better fit for crowdfunding purposes.

Flexible CoolPool settings can be updated by the pool creator. For instance, the creator can add new smart contracts, externally owned accounts, or change the climate target. That makes them better for individuals, dApp developers, or network operators who might want to change their settings from time to time.

Furthermore, there are three types of Menthol CoolPools according to the targeted shareholders:

As Menthol Protocol is a permissionless blockchain sustainability layer, for example, a project’s own community can take matters into their hands, crowd-fund, and kick-start their climate-positivity goals by staking COOL tokens to activate the respective CoolPool! → Find out more in our next article about our community-revenue sharing and staking model of CoolPools. We will show how it can benefit and empower YOU while accelerating a bottom-up grass-roots regeneration movement of green-pilled individuals.

Menthol’s CoolList is a curated storage of tokenized green assets and ramps.

By vetting green asset ramps and sustainability companies in advance, the registry ensures only good-faith organizations are on-boarded:

The Menthol DAO determines green asset ramps, tokens, and their relative distributions. Due to the intrinsic connection between the value of the protocol and the quality of the green assets, the DAO is inherently incentivized to implement only high-quality and transparent tokens.

Currently, Menthol is partnering with the highest quality green assets ramps. There are already whitelisted partners and first providers of tokenized green assets. We will continue expanding it and introduce our cool-listed ReFi partners in the following articles.

An integral part of the Menthol ecosystem is the CoolBot, which includes the offsetting protocol that automatically offsets transactions’ digital carbon footprint. The CoolBot ensures that all emissions and non-renewable energy usage are offset with tokenized green assets from the CoolList.

CoolBots are governed by the Menthol DAO and receive fees for their governance. Further, CoolBots are built on automation networks which:

Menthol has collaborated with strong automation and decentralization partners; stay tuned for the partnership announcements!

How about a one-time setup of your CoolPool and never having to worry about topping up your climate-positivity account? CoolSave essentially functions as a connector to yield-bearing protocols and generates DeFi revenue. L1s, dApps, whales, and users can stake in CoolSaves to use the generated interest to cover all costs in procuring impact tokens and leveraging automation networks to turn climate-positive.

Never has it been easier for individuals and organizations to put the money where their mouth is and turn climate-positive with just a few clicks. Forever!

Menthol Protocol will be governed by a DAO that defines its protocol parameters and, most importantly, curates and manages the key decisions of the protocol, including:

The DAO is formed through token holders with a stake in the protocol. The DAO aims to nurture an impactful sustainability ecosphere regulated by protocol-wide and market-specific policies.

These policies are defined and validated through a governance process. Stakeholders can collectively act as governors of the protocol by providing them with the capability to vote and propose improvements such as adding new green tokens or markets to Menthol’s CoolList or upgrading the governance process itself.

This already quite detailed article about the functionality of Menthol Protocol only touches the tip of the iceberg. For anyone who wants to delve deeper into the matter, we recommend one of the following documents:

If this article has inspired you to take action and support us in our mission, then our Menthol Force Ambassador Program is right for you!

Stay tuned and look forward to our following articles, where we will introduce our community growth program, including Menthol´s CoolPool community-revenue sharing model.